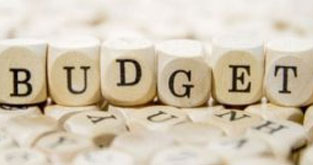 What the 2017 Union Budget means to social enterprises

After the demonetisation announcement on November 8, 2016, there is little the budget can do to shock and, unfortunately, it does little also. This analysis focuses specifically on the implications for social enterprises and the rural economy. The budget doesn’t focus on social entrepreneurship as a specific target, but many of the proposed (or not) schemes give opportunities for social enterprises to thrive.

Takeaways for startups
Tax Implications:
The profit-linked deductions available to startups has been increased to seven years from the current five years. The catch is that the tax break is only available on the profits made by startups for three years and also only specifically to start-ups which are recognised by the Department of Industrial Policy and Promotion.

Minimum Alternative Tax (MAT):
The companies are allowed to carry their MAT to 15 years from the present 5 years, giving them an additional 5 years before they become liable to play MAT.

Carry forward losses:
For the purpose of carry forward of losses, the condition of continuous holding of 51% of voting rights has been relaxed subject to the holding of the original promotor/s continues.

Income Tax benefits to SMEs:
Another big step is to reduce the income tax for companies with an annual turnover of up to Rs 50 crore to 25% from the current 30%.

Sector Implications
* With the government’s agenda of reducing cash transactions, it is promoting and strengthening the digital payment infrastructure. It is also attempting to link Aadhar accounts to give credibility to people without bank accounts. Around 2,500 crore digital transactions for 2017-18 through UPI, UNP, Aadhaar Pay, IMPS, debit cards is also planned. This will create good opportunities for fintech startups especially those that cater to rural and semi-urban communities. For companies such as Artoo, a Villgro incubatee, this can be a big boost and help increase their user base.

* The previous budget was heavy on agriculture reforms and dole-outs. The government is following its mission to double agricultural income by 2020 by focussing on irrigation. Also given the bad monsoons, water will be an issue in the coming year. Alongside NABARD’s Rs 20,000 crore for major and medium irrigation schemes, a new micro-irrigation scheme has also been announced and given Rs 5,000 crore. In addition to that, there is the Pradhan Mantri Krishi Sinchai Yojana, which has been allotted Rs 7,100 crore. Given this focus, social enterprises working to improve irrigation methods – such as Flybird Innovations – can benefit and capitalise.

* There was a need for schemes to target the losses suffered by farmers due to demonetisation. That required an improvement of existing bottlenecks in seeking adequate credit through more targeted intervention from the finance minister, as against an announcement for increase in outlays under existing schemes. Schemes (say the issue of soil health cards, the Fasal Bima Yojana and so on) for which the impact, in terms of increasing the overall social security of farmers, has remained marginal.

* For the education sector, there was not much of mention of a change in the current plans. Subsumed under the theme of youth, it was announced that the government would develop a system of measuring annual learning outcomes in schools and an innovation fund for stimulating ICT-enabled local innovations, especially for secondary schools in educationally backward blocks. This is a much-needed step and presumably, the government will enrol the help of existing startups such as Gray Matters India which work in this field.

* For higher education, a National Testing Service for entrance to institutions and greater administrative academic autonomy for good quality higher education institutes was all that was mentioned. Monetarily, the National Education Mission has gotten an increase of a little over Rs 1100 crores (from 28251 to 29556 crores), most of which has gone to Sarva Siksha Abhiyan (SSA). These are not concrete steps and social enterprises will need to step in, to increase the level and enrollment in secondary and higher education.

* The employment guarantee scheme NREGA has seen its budget go up by only Rs 500 crore, including supplementary allocations. With regard to increasing employment and employability of youths, proposals like skill centres to provide advanced training including courses in languages for the youth to seek job opportunities. English learning companies are currently on the rise with companies like Vahan, Kings Learning, etc coming up. They can catch on this wave to increase their visibility.

* Healthcare was almost neglected in the budget with most of the focus being on setting up of AIIMS hospitals and pushing for more foreign and domestic private investment into the sector (without listing any incentives). What should have been essential is ways to increase access to primary healthcare, boost the low-cost quality innovations that are flooding the market. The measures that are introduced seem ad-hoc and social enterprises in the healthcare space will be left to fend for themselves.