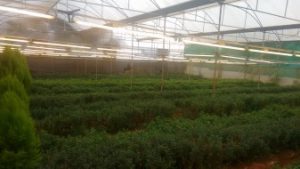 According to the latest Central Statistics Office estimates, the share of agriculture and allied sectors was 15.35% of the Gross Value Added during 2015–16. In spite of being a major contributor to economy, investment in agriculture as a sector has grown meagerly over the past few years. However, this trend is fast changing. The agricultural services and agricultural machinery sectors, as per the Department of Industrial Policy and Promotion (DIPP), has cumulatively attracted Foreign Direct Investment (FDI) equity inflow of about US$ 2,261 million from April 2000 to December 2015.

Agriculture and allied sectors have garnered much attention in the past few years. Last year saw major expansion announcements from large companies in the agriculture and allied sectors, both domestic and foreign. While Mahindra & Mahindra announced its entry into pulse retailing under the brand ‘NuPro’ which marks their foray into e-retailing, IFFCO also announced its joint venture with Japanese firm Mitsubisi Corp for manufacturing Agrochemicals in India. Israel-based ADAMA Agrochemicals, the world's seventh-largest agrochemicals firm, unveiled their plans to invest at least US$ 50 million in India over the next three years.

Recently, the incubation arm of ICRISAT announced their plans to set up a Rs 100 cr fund to help small entrepreneurs from the agri-business and nutrition space raise money. The Small Farmer’s Agri-Business Consortium declared its plans to organise special camps in Chhattishgarh and Madhya Pradesh with the objective of promoting its venture assistance scheme under which, they will provide capital and project development facility to agri-business entrepreneurs. Rabo Equity Advisors, the private equity arm of Netherlands-based Rabo Group, raised US$ 100 million for the first close of its second fund – India Agri Business Fund II. The fund plans to invest US$ 15–17 million in 10–12 companies.

The Government is also paying special attention by bringing about some policy level changes to further accelerate the growth of this sector. The National Dairy Development Board announced 42 dairy projects to boost milk output and increase per animal production of milk. The financial outlay for the projects will total to Rs 221 crore. The State Government of Telangana also unveiled its plans to spend Rs 81,000 crore over the next three years to complete ongoing irrigation projects. They also plan to undertake two new projects for lifting water from the Godavari and Krishna river. The Ministry of Power, Coal, New and Renewable Energy has announced government’s plans to invest Rs 75,000 crore in an energy-efficient irrigation scheme over the next three to four years.

Sub-sectors of importance
1) Irrigation – India’s irrigation potential has steadily improved over time. In FY13, it stood at 139.5 million hectares as against 90 million hectares in 1995. With growing investments in irrigation, the dependence on monsoons has declined considerably over the years. However, this has also led to a steep drop in ground water levels due to lack of precise irrigation and measurement techniques. Irrigation is mostly done through flooding of the field without taking into account crop specific water requirement. This presents a good opportunity for good, low cost irrigation systems and controllers, farm water lifting and delivery.

2) Seeds – In FY15, production of foundation seeds was 157,616 tonnes as against 79,654 tonnes in FY07. There has been strong growth in the use of hybrid seeds due to their high yield and resistance, more so in cash crops than food crops. In FY15, production of certified seeds increased to 3.5 million tonnes from 1.27 million tonnes in FY07. Usage of hybrid seeds has boosted the yield of food grains to 2,070 kg/ hectare in FY15 from 1,756 kg/ hectare in FY07. The government has been very active in promoting greater use of hybrid seeds by encouraging private seed companies. They are being provided a subsidy of 25 per cent of the capital cost (subject to a maximum of USD 50,000 per unit).

3) Farm Mechanisation – Mechanization helps in raising farm income by increasing productivity and limiting post-harvest losses. India being the largest manufacturer of tractors in the world, accounts for about one-third of global production. The availability of farm power increased considerably in the last 20 years. Sale of tillers increased at a CAGR of 8.6 per cent to 48,000 units over FY07 - FY15. The government has set up a number of Farm Machinery Training and Testing Institutes to train farmers on the operation and maintenance of agricultural equipment. The Government also released a new subsidy for the establishment of 988 Farm Machinery Banks, allocating USD 223 million for the establishment of Farm Machinery Banks and distribution of farm machinery and tools to farmers in various states.

4) Precision Farming – Precision agriculture is a farm management concept based on observing, measuring and responding to inter and intra-field variability in crops. Precision Farming, which involves application of precise and correct amounts of inputs like water, fertilizers, pesticides etc. at the correct time to the crop for increasing its productivity and maximizing its yields, is the high-tech baby of the otherwise traditional and well established agriculture sector where most of the equipment are mechanical in nature. Global Positioning System, Geographic Information System, Remote Sensing and Microwave sensing technology are some of the widely used technologies that allows precise mapping of the farms and together with appropriate software informs the farmer about the status of his crop and which part of the farm requires inputs such as water or fertilizer. Precision Agriculture for small farms and land-holding is further characterized by use of small farm machinery, robots, drones, information from sensors and big data which provides vital localized and farm level information on a software. Precision agriculture may also include sub-surface drip irrigation for precise water and fertilizer application and robots for land preparation, pre and post harvesting activities. In most cases, affordability for a small and marginal farmer becomes a challenge.