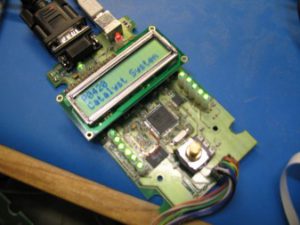 Hardware design planning: Understand end-use and account for it

The story goes that Napoleon’s armies marching in a cold Russian winter around 200 years ago, may have run into an unexpected problem with their coat buttons. It is believed that the coat buttons disintegrated, and contributed to the French army rout. A century later, Robert Scott’s expedition returning from the South Pole found to their dismay that the liquid fuel stored at depots on their planned route had partially or completely disappeared from the storage containers intended for them. The depot containers sprung leaks, and critical fuel reserves the explorers were counting on were lost – the explorers did not come away alive, though other factors may have contributed to this too.

The element tin, part of a select band of other such curious elements, exists in nature in multiple structural forms. One of these is white tin – malleable and continuous at room temperature and down to approximately 14C; yet another, grey tin – brittle and powdery, at temperatures below 14C. White transitions to grey given enough time at temperatures well below 14C – dramatically faster at tens of degrees below 0C, via an autocatalytic – here, a self-promoting and accelerating - process.

No points for guessing, but those buttons and containers were made of tin – and at temperatures far below 14C for extended periods of time, which the Russian winter and the Antarctic generously furnished, it is believed they went from being malleable and continuous, to being brittle, powdery and porous. In all, many French and British lives were lost, though arguably fewer Russian lives than if tin had not played a role.

And yet another century on, owing to environmental and health concerns with elemental lead, circuit board manufacturers have been required to get rid of lead in the conventional tin/lead electrically conductive solder. The same historical concern with pure tin at low temperatures persists – and though the risk of circuit board failure owing to it is low, alloying it with other elements has been proposed (as though a powdered electrical connection was not bad enough, grey tin is also resistive compared to white).

So why the fixation with tin? The example, admittedly one I am fond of, attempts to highlight the need, from the basic button to the more involved modern integrated circuit board, for a hardware product designer to, as early as possible, in the hardware planning process, understand and establish the full range of users and conditions a product will be subjected to, and based on that, pick materials, components and design elements for the product. A disciplined approach to gathering these inputs is straightforward enough, in the realm of standardizing common sense.

This need does not merely extend to, but is particularly relevant to hardware entrepreneurs working on products for resource-constrained settings.  A standard precision robotic arm that might be intended as part of a mechanical assembly (but now, say, for a portable agricultural or remote medical application), needs to not just work on a bench in a sanitized lab or factory, but withstand several trips in the back of a potentially dirty truck or an ambulance on a bumpy country road. Similarly, lower grade (less expensive) SS304 stainless steel might not work anymore – higher grade (more expensive) SS316 may be needed where heat and humidity combine to corrode aggressively. Ditto for precision optics – dust and grime can cloud a lens in seconds. And extending this line of thought from purely hardware to the realm of other physical products such as point-of-care disease diagnostic kits, the same considerations apply. Would a standard assay that is treated with kid gloves in a high-end lab with cold chain intact in transport and then on a fridge shelf in a narrow range of +/-2 C, still work accurately after unexpectedly being subjected to (say) 45C for 3 days in transport to a remote rural clinic, or having sat for months in a fridge running on intermittent power in an Indian summer?

It is clear then that a canned, off-the-shelf product from a generic manufacturer will often not do – the button, probably good enough for an evening walk in the Parisian spring, failed in a Russian winter – in resource-constrained settings, there is often a custom-technology problem to be solved, designing for robustness and reliability and ease-of-use, and with it the potential for generating valuable intellectual property. There is tremendous opportunity once the market need is established and if execution is done right. Developing and selling products for these resource-constrained settings, urban and rural, requires the top drawer of technical (often interdisciplinary) and business minds working on the problem – and good planning. There is nothing frugal about it.

Happily, in response to these very real market needs, in recent years there has been a surge in the number of passionate social entrepreneurs with great, truly innovative product ideas to make the world a better place, as well as greater funding and developed and interested technical and business networks for them to draw on. We at Villgro are always delighted to hear from them and more.