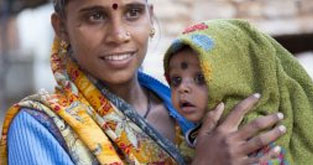 Innovations to reduce maternal and neonatal mortality: An obstetrician’s perspective

When the H1N1 pandemic killed 284,000 people around the world, there were shocked headlines in the media. The fact that 289,000 women died in childbirth in 2013 alone (1), went unnoticed and un-proclaimed. The reality of so many women being decimated year after year does not resonate in popular media and is an unconscionable statistic that needs to change.

The problem hits close to home when we realize that the two countries that account for one third of all global maternal deaths are India at 17% (50,000) and Nigeria at 14% (40,000) (2). The statistics for newborns are even worse. Each year 1.45 million newborns die. In addition, 1.2 million stillbirths occur annually.

Though the Millennium Development Goal 5 for reducing maternal and child mortality fell short of its goals, it did reduce maternal mortality ratio (MMR) by 45%. This was not as impressive an improvement as the reduction in child mortality, which fell by 53% (3).

How big an innovation?
To have an impact, does an innovation have to be ‘big’? In the past, some of the simplest innovations and interventions have made the biggest differences in health outcomes. Ignaz Semmelweis, a Hungarian physician, promulgated the most important innovation for the reduction of maternal mortality. He advocated the washing of hands by the physician or midwife when they finished with one woman’s delivery and went on to the next one. This simple measure brought down the rate of mortality caused by ‘childbed fever’ or puerperal sepsis to 1%, from an existing high of 35%. Today we take hand hygiene for granted but in the 1880s, in spite of the fact that 1 out of 3 mothers was dying of fever, physicians scoffed at Semmelweis and had him committed to an asylum, where he died shortly.

As an innovation becomes more complex and demands more adherence to multiple steps of care, the benefits dwindle considerably. The simplest and most intuitive changes in healthcare delivery to women and their newborns will engender the most rewards in terms of reduction in MMR and NMR.

Kanhamal district, encompassing 34 villages in Odisha, had the highest MMR and NMR in the state. Most deliveries happened at home, without a trained birth attendant. The Village Health Atlas, a simple innovation, involved all the villagers and focused their attention on women’s health. It began by mapping the health demographics of the village. It empowered the women of the village by educating them about the availability of health facilities and gave them the means to access them so that women knew where to go to get the best service. In the past two years no maternal death has occurred in the 34 villages and the majority of deliveries are institutional.

Focused innovation
Innovation in maternal and child health has to focus on the leading causes of maternal and neonatal mortality.
The majority of maternal deaths in economically backward countries are preventable. The leading causes are: pregnancy induced hypertension and its complications, postpartum hemorrhage, and sepsis due to infection. All these are further complicated by the presence of malnutrition and anemia.

Access to even as few as three antenatal checkups will prevent deaths from hypertension related deaths since high blood pressure will be identified early and necessary steps taken.

Medications and/ or devices to prevent and control delivery related bleeding are a major need in resource-poor settings. Transportation is quite often an insurmountable obstacle and therefore point-of-care solutions are required.

Providing a clean environment immediately surrounding the labouring mother can prevent sepsis caused by infection at birth or in the first six weeks following birth. Hand hygiene continues to be the leading intervention in protecting the mother from infection.

Taboos and cultural context dictate the mother’s access to nutritious food. If adolescent girls and women in the childbearing age group could get adequate iron in the form of fortified foods, anemia would cease to be a significant cause of maternal death.

Prematurity and infection are the leading causes of early neonatal death (in the first week of life). Antenatal care and continuing postnatal support for the mother are essential in preventing these problems.

It is mind-boggling that what is considered ‘routine’ is unavailable to a large majority of marginalized women. Low cost interventions that, applied routinely, have been shown to decrease MMR and NMR are: a. routine antenatal care (ANC), b. clean delivery and c. exclusive breastfeeding (4).

An inclusive and collaborative approach
Maternal and newborn mortality cannot be changed in isolation. Political will is required at all levels. The international community, in tandem with local government, needs to work across disciplines and economic goals. Skills and resources have to be brought to bear across many fields that ultimately have an impact on women’s health. Focusing on girls’ education, economic growth, independence and productivity, food security and nutrition have long-term benefits that cannot be overemphasized.

The most successful interventions and innovations have inducted women in their implementation. Cultural and social hierarchies must be respected, and roped in, to ensure that women and their offspring are the ultimate beneficiaries.