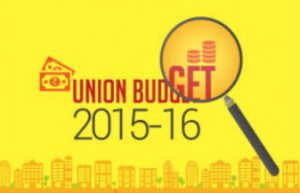 The 2016 Union Budget and Social Entrepreneurship

This article has been co-authored by Chaarvi Badani

Main Implications for social start-ups:
* Though the Start Up Policy is given importance in the budget, its effects on social start-ups is unclear as of now.
* The numerous agriculture oriented reforms have the potential to help start-ups working in that space, especially in the areas of irrigation and organic farming.
* The new health-related schemes can definitely help health tech companies to serve the rural markets and increase their impact in the same.
* The lack of education reforms leaves room for more ideas and start ups in this space related to teacher training and curriculum.

It is that time of the year again when our Finance Minister walks in with his black briefcase and presents the much-awaited budget. While there are many dissections of the budget, this analysis focuses specifically on the implications for social enterprises and the rural economy. The government has repeatedly stated that this is a pro-poor and pro-farmer budget. From the information available thus far, this is what I have gathered.

* Given that India is recovering from two years of bad monsoons, the budget focuses heavily on agriculture reforms. The government aims to double the agricultural income by 2020 by introducing reforms aimed to improve farm productivity, irrigation and ensure better utilisation of resources. In addition, the irrigation initiatives from the previous year will be fast-tracked. There are leanings towards organic farming and promoting organic value chains in the North East India. This can potentially help enterprises working in to improve agriculture productivity such as Flybird Innovations and Kamal Kisan. (Also see Times of India article Drought-hit farmers get help from startups)

* The government has allocated Rs 2,000 crore to cover the initial cost of providing LPG connections to BPL families. While there is little clarity on this scheme at the moment, this can potentially reduce the dependence on wooden fires for cooking. On the downside, this was the sole woman-oriented issue on the budget this year.

* In the health segment, there will be a new healthcare coverage scheme which will cover costs up to Rs 1 lakh per family, with an additional top-up for senior citizens. There are also talks of a ‘National Dialysis Service Program’ to be started under the National Health Mission through a PPP model and increasing the availability of generic medicines. The target audience of these schemes is yet to be deciphered. At the moment, the importance given to these schemes is a positive sign.

* The government has focussed on boosting education and skill development through infrastructural development. Sixty-two new Navodaya Vidhyalayas will be opened, along with a higher education financing agency. The government has allocated Rs 1804 Cr for vocational training and aims to set up 1500 multi skill training institutes. If implemented and utilised effectively, these schemes and help improve the situation of unemployed, unskilled youth in the country. It will, in turn, supplement and benefit the efforts of entrepreneurs working on vocational services and placements initiatives for the unskilled, such as SkillTrain, Leap Skills and ESDECS.

* The Start Up India policy was given a thrust through this budget. This includes tax deductions, projects per bank branch etc. While this is sure to help foster the start-up environment in the country especially through the open courses on entrepreneurship, the exact effect on social start-ups is yet to be determined.

* Following from the previous budget, the government is taking steps to deepening the Jan Dhan Yojana, Aadhar and Mobile Numbers – JAM – architecture by committing to give statutory backing to the Aadhar. This will benefit entrepreneurs working in developing technologies that leverage these pillars.

* One big miss in the budget is the limited spending on Ministry of Women and Child Development, which is the nodal agency for women in the country. There is a decline in the spending of the women and child ministry in real terms. Even in nominal terms, the ICDS spending has declined. The allocation for this year is Rs 14,000 crore while last year they spent INR 15,394 crore. In effect, the anganwaadi system will be badly affected and state governments will have to spend more.

Overall, there are many schemes that are aimed at the poor, by improving budgetary allocations and improving infrastructure in areas of farm and rural sectors, infrastructure and employment generation. There is a 6% increase in social sector spending which excludes rural development. The focus on entrepreneurships and policies to foster the same should rub off on social enterprise as well.

But in comparison to the previous budget, the increase in spending towards the key schemes is marginal such as the Sarva Siksha Abhiyan, Midday Meal Scheme, National Health Mission etc. There is also not enough importance given to primary education and improving the landscape of the same. Similarly, other important areas such as toilets and malnutrition haven’t been addressed in this budget. These are worrying observations and we can only hope that they are addressed in the fine print.

This budget is a fairly pro-farmer one, and in that bargain, loses focus of other important issues. It is also a Piketty type of budget, increasing the taxes on the rich and retail investors to help the poor. This could potentially be a point of contention for taxpayers. While this budget has managed to move the attention to legislative reform and executive action, we can hope that the budgetary allocations made will reach the designated persons it is intended for because, in many ways, the implementation of the budget is far more important than the actual budget itself.