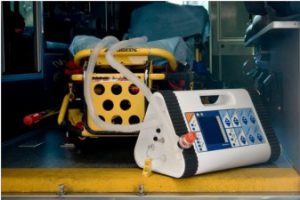 What the new FDI approval means for affordable medical devices

The RBI's  announcement on Monday confirming the automatic approval of 100% FDI in the medical device sector will create positive changes in the landscape for India’s social entrepreneurs focused on developing affordable medical devices to improve healthcare quality for the base of the pyramid, but will also bring with it some challenges.

This change in policy will clearly increase the amount of capital available for medical device entrepreneurs, but much of the capital will likely be targeted at later stage entrepreneurs, so companies will still need to grow using existing sources at the earlier stages. This will likely create even more competition for already scarce resources at the earlier stages making it that much more important for entrepreneurs to mitigate risks in their team, technology and business model as early as possible. Working with hands-on, early-stage incubators like Villgro is one way that entrepreneurs can speed up the process of plugging these holes.

The majority of the additional capital will likely be purely commercial funding but the pool of impact-focused capital will also grow, which will provide a funding pathway for entrepreneurs who start out with impact-focused incubators like Villgro which have good relationships with later-stage investors.

The influx of capital in both the impact and commercial sides will increase competition among late-stage investors, which will lead to improved terms for entrepreneurs, but impact-focussed entrepreneurs will need to be wary of the different priorities that commercial investors will have, that will lead to the investors pushing the entrepreneur away from the mission of serving the BoP, or for companies in product design that make it more scalable in other developing markets while missing some of the pressing needs of the Indian market.

Some of these investors may lack an understanding of the Indian context, but will still have substantial ability to influence the direction of the organization, so for all of these reasons it will be important to pick your investor wisely.

One of the most positive benefits for low-cost device entrepreneurs is that it will facilitate more acquisitions and partnerships which will help entrepreneurs access global distribution channels, enabling them to spread the impact of their devices across the globe. This is an extremely positive thing as long as the entrepreneurs are sure they are able to attain impact in each of these markets. This policy change will also likely produce quicker and better exits for both entrepreneurs and investors, which will reduce the tension that often exists between the entrepreneur and investor interests.

In general, this change is great news for low cost medical device entrepreneurs and will bring with it positive competition and increased resources to help turn ideas into successful companies, but entrepreneurs should be prepared for a changing environment.