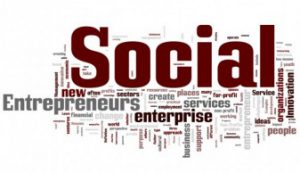 Fellowship diaries: The What and Why of it

I first came to India because of the attraction of Social Enterprises, the engine of both social and economic change. Though it has been growing in popularity in the last few years, definitions of ‘Social Entrepreneurship’ continues to be geographically varied and contextually challenged. Like all other newbies, my learning in this journey started with trying to understanding what I am doing.

What is Social Entrepreneurship?
The most common argument that arises from this term is ‘Are not all businesses supposed to be social?’ Perhaps it was all originated from the famous assumption of Adam Smith:

‘By pursuing his own interest he frequently promotes that of the society more effectually than when he really intends to promote it.’ (Wealth of Nations, 1776)

So yes, from a market perspective, a social enterprise is not implied or even intended to be more socially beneficial at large or to be more morally correct in nature. With the same amount of capital deployed, it is more economic to deploy through a wide-reached commercial bank than to do that through a small scale microfinance firm (basic economies of scale). Also rest assured that your decision to invest in whichever forms of businesses, be it microfinance or commercial banking, does not change the size of your heart. Then why does microfinance even exist at all? If 20% of what we do generates 80% of what we earn, why should we bother about the rest 80% that earns only 20%? The assumption of marginal utility crashed under this new concept. And yes, in concluding that, I just made another big assumption ‘There are gaps in the market but hardly a market in the gaps.’ and will address this in another blog.

Let’s just shift the perspective from infusing ‘social’ into ‘entrepreneurship’ to infusing ‘entrepreneurship’ into ‘social’. Treating this 80/20 question socially rather than economically opens a new interpretation. Perhaps no one has ever done a better job in reasoning this dilemma than Thomas Jefferson:

‘We hold these truths to be self-evident, that all men are created equal, that they are endowed by their Creator with certain unalienable Rights; that among these are Life, Liberty and the Pursuit of Happiness. That to secure these rights, Governments are instituted among Men, deriving their just powers from the consent of the governed;’ (United States Declaration of Independence, 1776)

No matter how much you earned in your life, as long as you are a human being born into a civil society, you are entitled to enjoy basic public goods and services. Normally such infrastructure, which includes Human Infrastructure (Healthcare & Education), Economic Infrastructure (Financial System), and Physical Infrastructure (Housing, Energy and Water), is provided by the Government. Yet not all such institutions work timely and perfectly. This is when society calls for entrepreneurship, or to be exact ‘Social Entrepreneurship’, an alternative to solve the development challenge. This alternative leverages economic forces to address the challenge of how can we all move forward without leaving anyone behind. This gives explanation to some common myths about social enterprises.

First, are social enterprises the future of all enterprises? No, or at least not in the future that I can see. Social enterprises are not expected to replace traditional enterprises. Instead they are expected to co-exist and complement other actors (public, private and civil society) to deliver critical goods and services to the missing markets. Commercial banking cannot deliver financial services to those who earn less than $2 per day, just like microfinance firms cannot deliver the same thing to those who earn more than $2 per day.

Second, are social enterprises only operating in least developed/ developing countries? To answer this question, we first have to ask ‘Who are those left behind?’ This is a relative concept as in any country or society, no matter how advanced it is, will have people that are left out of the social security net, yet their profiles and the challenges they face will vary from place to place. By nature, in most developing countries, poverty is the toughest challenge for development. Therefore, BOP is the focused beneficiaries in all aspects. In more advanced countries, most social enterprises target such marginalized groups like the disabled, abused women, prisoners and/or criminals. Yet, whether it is America or China, British or India or Singapore or Vietnam, there is always one thing in common: Social Enterprises concentrate in most deprived community. The more deprived the community is, the more likely you will find a social enterprise there.

What are people doing with Social Entrepreneurship?
Social Entrepreneurship originally started as a proof that there is an alternative in solving the development challenge and everyone can lend a hand. It is the privatization of social affairs. Over the time, the concept has grown from being a development alternative into a business alternative. Yet for the time being, finding a margin by working with the marginalised remains to be the central myth for all.

This article was originally published in The Alternative