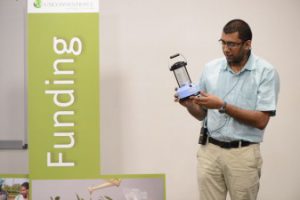 Looking beyond metros for the next big social enterprise idea

In my last 6 years of working with Villgro, I have had the opportunity of meeting many budding social entrepreneurs, some of which have gone on to be incubated with Villgro. When I co-founded the Unconvention initiative in 2008, there was a dearth of event-based platforms that could bring together different ecosystem players in the socent space. Social entrepreneurs were few and far between and wanted to be connected, recognized and provided knowledge and funds to take their idea and enterprise to the next level.

Over the course of 3 editions of Unconvention and meeting many new entrepreneurs and a growing plethora of support organisations, we realized that there is a huge opportunity for us to reach out to a larger number of people by decentralizing Unconvention. This also meant that we could now build ecosystems in local regions which could support the growth of socents based out of these regions. Unfortunately, in India, entrepreneurship is a phenomenon of large metros and only now in the last couple of years has it trickled to the smaller towns and cities of India. This meant that there is a great opportunity for Unconvention platform to be the one stop destination for socents to access networks, funding, mentoring and talent.

Entrepreneurship is still a phenomenon of the metros

Here, Villgro is hoping to break new ground. We are organizing a series of 15 single-day Unconvention|L (Unconvention|Local) events across India, to scout for the next big idea emerging out of Tier 2 and 3 cities as well as create awareness of, and enthusiasm for, social enterprise in smaller cities across India. At each event, our goal is to bring impressive social entrepreneurs to speak and inspire budding local entrepreneurs, students and professionals and share some of their lessons and knowledge. Each event is precluded by a Pitch event, which will give feedback and cash incentives to select ideas and enterprises. The event also brings together different stakeholders of the local ecosystem that support the entrepreneurial movement.

We have now built local partnerships with more than 50+ institutions in these 15 cities. Some of them include Tie Chapters , CII Young India, upcoming incubators (Startup Oasis, Startup Village, Total Start), NEN chapters, Technology Business Incubators as well as prominent academic institutions ( IITs and IIMs). In many of the cities we have visited, Unconvention|L is the first event of its kind, and the concept of social enterprise is often not commonly known. It is great, then, to see the appetite for social entrepreneurship among the attendees, who participate in pitching sessions at the events that allow ideas to be unearthed and shared. Here, connections are being made between regional social entrepreneurs, institutions that are interested in supporting social enterprise, and the wider ecosystem.

When we started this platform in 2012, it was apparent that there is a lack of good understanding of existing social enterprise ecosystems at a regional level in India. We undertook a research and mapping exercise of regional ecosystems alongside nine of the Unconvention|L events across the country by using an interactive and participatory research design, incorporating both conventional research methods such as observation and surveys, but also a focus on understanding local entrepreneurs’ perspective through dialogue and discussion. While the primary goal of this research is to enable local ecosystem stakeholders to drive the way the regional ecosystem is depicted, giving these stakeholders more agency in diagnosing the gaps and possible solutions, we also hope to build momentum for making these local innovation ecosystems more transparent to those who wish to connect with or support them. A set of indicators has been developed which will allow regional ecosystem in India to be compared.

The Unconvention|L team plans to continue engaging with some of our regional partners through, for example, a monthly speaker series ( Unconvention|Speaker Series), as part of a larger ongoing effort by Villgro to look into how best to support and strengthen regional social enterprise ecosystems.

This could be a first step towards decentralizing the social enterprise ecosystem in India, and provide the opportunity for collaboration and support that currently exist mainly in the major metros, to social enterprises and start-ups in smaller cities and towns across India. The year 2014 has already shown signs of a matured startup ecosystem in India when the new government announced the Budget. With the new budget allocation of Rs. 10,000 crores for startups, this is one of the many steps to build a more robust and vibrant entrepreneurial ecosystem in India.

We are just one of the many cogs in the wheel in this growth of the nation and through Unconvention initiative, we are certain that we will make a difference.